“Never was so much owed by so many to so few”

From 10 July until 31 October 1940, pilots from Czechoslovakia, Poland, South Africa, Canada, Australia and New Zealand joined the British RAF in the fight against the German Luftwaffe which has been describe as  the first major military campaign fought entirely by air forces.

The British memorial flight is housed at RAF Coningsby, situated in the heart of Lincolnshire which during WWII was known as (Bomber County) due to the twenty plus airfields dotted around this east coast county of the UK.

The museum is situated on the still fully active RAF base, Dogdyke Rd, Coningsby, Lincoln LN4 4SY .  As you travel out of the village you will see the base on your left, look out for the car park on the right, park your car, you CANNOT take any form of bag onto the base.

There is a cafe, gift shop and a small but informative display immediately upon entering the visitors centre.

The tour guide we had certainly knows his stuff,  he guides you through the hanger sharing his knowledge and sometimes funny stories.  Many of the planes actually flew during WWII in combat.

Above is a picture of the aircraft machine guns.  As well as taking in what is going on in this operational hanger, keep on eye on the right hand wall has you progress. 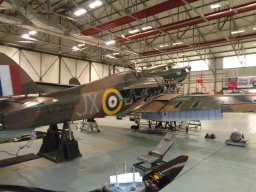 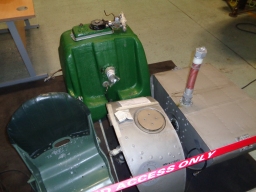 Progressing down the hanger you will see many planes in some state of repair or general maintenance, on our visit most planes were going through their annual maintenance as you can see from the pictures.

Of course the Lancaster dominates the hanger and if you see one flying around the UK at any time then this is the one in the sky.

Everyone knows about the Lancaster and its exploits during the war but I will give you brief recap.

1942 British engineer Barnes Wallis had the idea for a bouncing bomb, the development of this weapon started out in a water tub in his back garden.

These bombs were developed to take out three German dams, The Möhne, Edersee and Sorpe dams of the Ruhr valley which were vital to German Industry.  This is how they work: 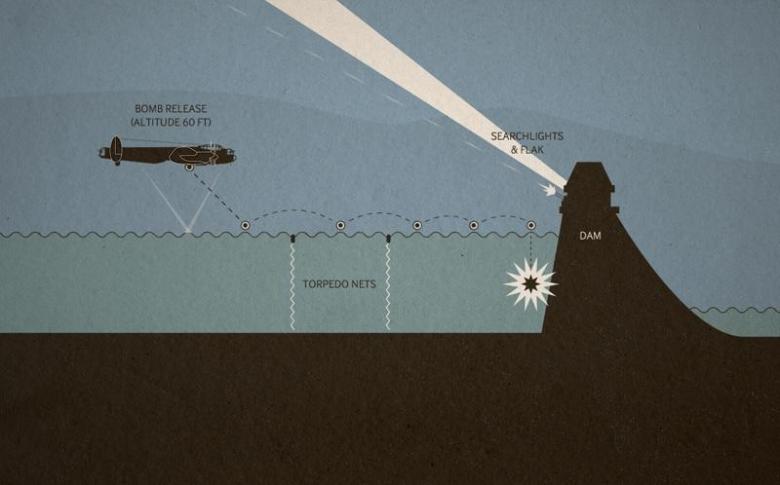 And this is the result once successfully deployed: 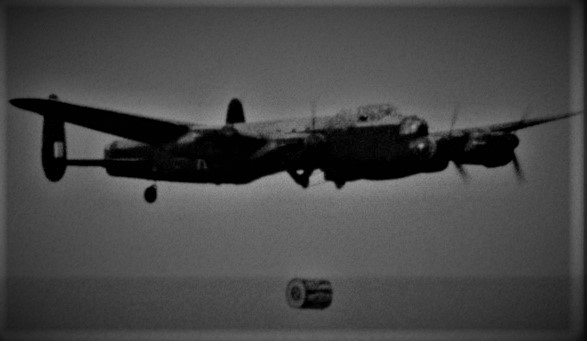 In the autumn of 1944, 617 Squadron joined 9 Squadron in attacks with 12,000 lb ‘Tallboy’ bombs (pictured above) on the German battleship Tirpitz, 12 November was sunk by two direct hits.

Due to the squadron requiring more space they moved to RAF Woodhall Spa where there is a memorial to the squadron.  Woodhall Spa is only a short drive north of Coningsby so we nipped up there, directly across the road from the memorial site is a couple of great cafe’s, perfect for a little bite to eat and a coffee. 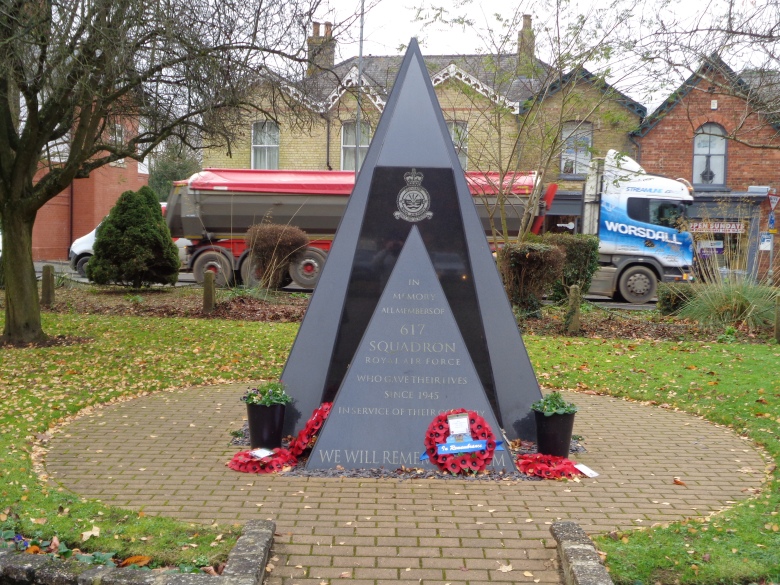 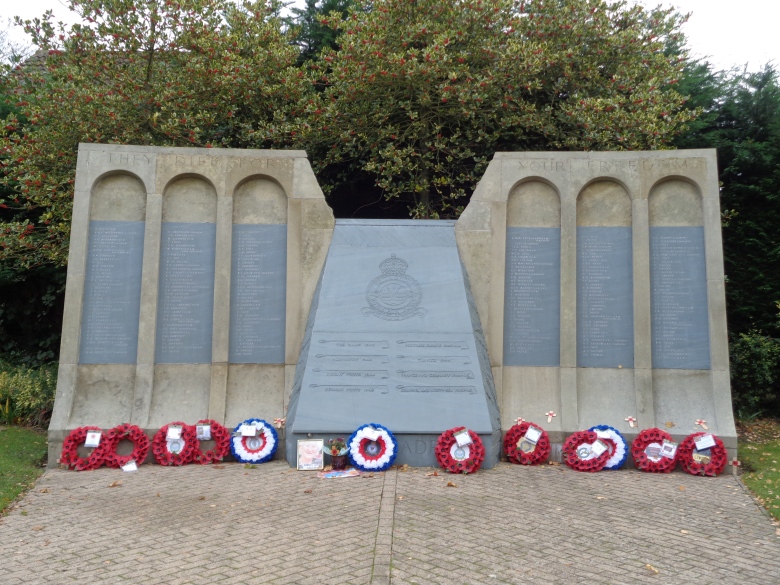 This was our day out last week, packed with great history and company……

It’s truly amazing what you can accomplish with Fiverr, get your project off the ground now: https://track.fiverr.com/visit/?bta=72315&nci=5712